For those interested in entering a young horse in the 2018 Cup Classes, the Canadian Sport Horse Facebook page and website with be posting dates and information regarding the Cup Qualifiers held every fall. 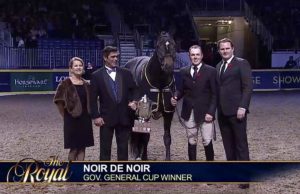