Greve served as judge for the show, as well as the Governor General’s and Lieutenant Governor’s Cup classes at the Royal this year, along with Canadian judge Peter Stoeckl.

Greve’s Watermolen (Watermill) Stud in Holland has had a tremendous impact on the development of the modern sport horse.  The stud started when Greve purchased a young horse named Voltaire that became a superstar international show jumper and highly influential as a breeding stallion. Greve also bought the Guidam (by Quidam de Revel) as two-year-old.

After a marathon day of judging Cup horses, Thoroughbreds and CSHs, Greve made a few observations about the horses he saw.

“I was very, very pleasantly surprised. There were some very nice classes,” said Greve, who had never judged horses in Canada before. “The yearling filly class was exceptional. They were European standard.” That class was won by Karamel K (Redwine/Popeye K), bred by Ashland Farm and owned by Krissy Wilson and Wilhelm Derksen.

He also said West Star, a big black filly by Westporte out of Etoile (Earl) and bred and owned by Andrea Galan-Nicholls, was a deserving champion. West Star won both Cup classes and was overall champion at the sport horse show.

“She is impeccably built and moved very well,” he said.

His co-judge Stoeckl agreed: “She is an elegant, elegant mare with lots of quality.” Both men said the runner-up in both classes and the reserve champion CSH, Cabella W (Cabardino x Pour Moi W) owned by Hannah Ellingham, was very close in terms of her quality.

“You have to make a decision early – are you breeding a dressage horse or a jumping horse?” he said. “Be more discerning in your stallion choices. North Americans still tend to make a stallion choice because they think it’s a nice horse.”

One important reason for the success of his breeding program has been his ability to match mares to stallions to produce the best qualities in a foal. For instance, he says Voltaire crossed best to mares that had strong character and a bit of blood to counterbalance the stallion’s extreme carefulness.

The Thoroughbred played a key role in developing the European sport horse. Its influence is less now as those lines are ingrained in the genes of European broodmares, “but Thoroughbreds influenced our breeding program and we wouldn’t be where we are today without them.” 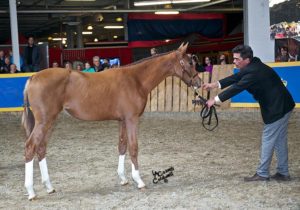 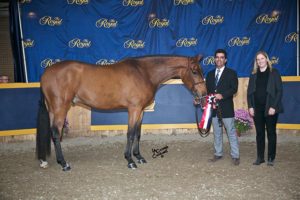 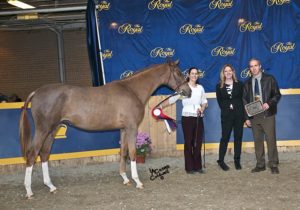 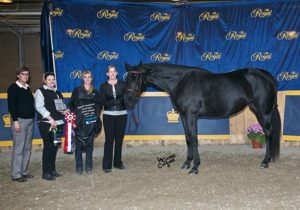 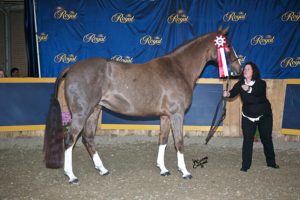 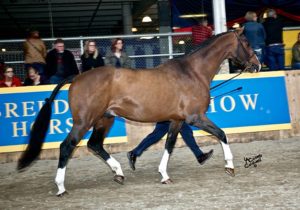 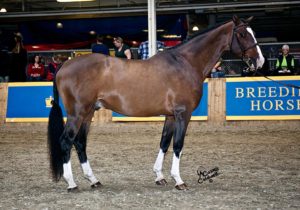 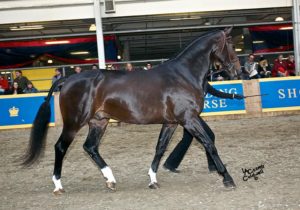 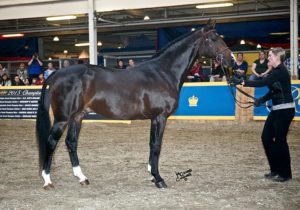